Kids, 5 continents in one day and jazzzzz

My final 4 days in Thailand were spent in Bangkok; a city which I'd used as a base before heading north to Chiang Mai and west to the monastery, and had drown increasingly fond of. I had to put 4 days aside here to apply and collect my Chinese Visa; a laborious and tedious process which took 3 days and involved plenty of ferrying around the city for documents and waiting in many a queue. Oh well, I got it, so here I come China. 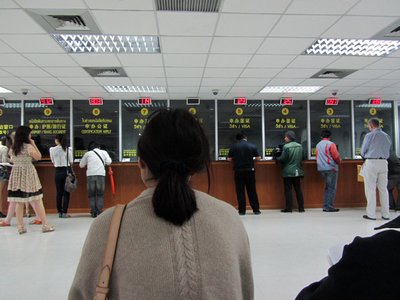 VISA Hell (Thanks to http://migrationology.com for piccy)

The rest of my time in Bangkok involved some really great experiences though, so here are some of them, together with some tips for you that are heading to the city.

Heading back to Bangkok

After a completely different and calm week spent at Wat Sunan Buddhist forest monastery (see below for blog), the time eventually came to head back to the bustle of the city. I'd grown increasingly fond of Bangkok; a truly hectic and electric city with amazing new and old, so I headed back with anticipation even though I knew I'd miss the forest monastery and its serenity.

Joe, a Thai man also staying at the monastery and was heading back to Bangkok the same day as me kindly offered to give Delphine (another European who had stayed) and I back to the city. After a 5 hour journey back south, stopping off at a few tourist spots including an elephant camp and the Bridge over the River Kwai, we eventually began to feel the friction of the rush-hour Bangkok traffic. As we became increasingly held in its grip, getting nowhere, Joe turned to me and asked me whether I'd like to come and stay with him and his family at their home in the outskirts of the city. After a week spent at the monastery learning to embrace the moment, I accepted, and we turned around and headed back out of town.

After a brief stop off to grab some street-food supper, we arrived at his home where his two sons were chilling out at the front. A lugged my bag inside, and by the time I came back out, the news of a visitor 'Farang' (westerner) had obviously spread, and a number of children from neighbouring homes had now joined Joe's sons. A really nice evening of being taught how to eat Thai style by the kids, as well as me teaching them some English and showing them piccies of my trip followed, and the whole experience was a lovely and genuine display of Thai hospitality; something which I had become increasingly exposed to. 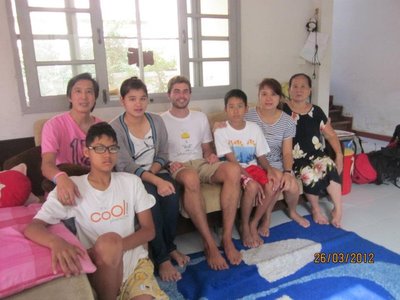 Joe and Family - such lovely hosts

The following day, after a hectic morning at The Chinese Embassy, I seeked some respite and headed to Jim Thompson's house; a collection of Thai homes imported from various areas of Thailand into the centre of Bangkok by American Major Jim Thompson during the 50's.

Accessed by a quiet street running off one of the busiest in Bangkok, the site consisting of beautiful and quiet gardens and six houses of various shapes and sizes, was for me my favourite experiences in Bangkok and is a must see for anyone in town. 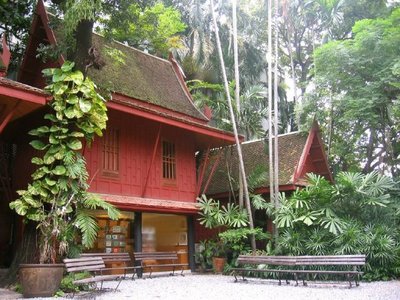 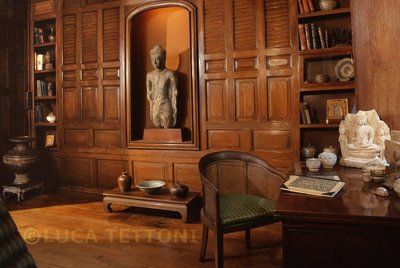 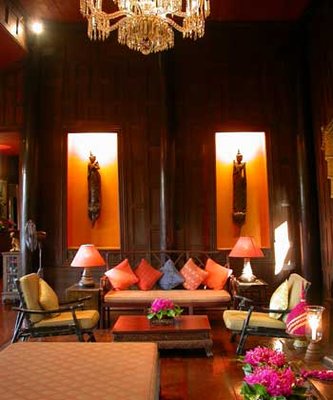 Terminal 21 is an absolutely mammoth shopping centre complex, complete with 9 floors each representing a different city, all dressed with appropriate monuments, signs and staff. Great (and loud!) cinema on the top floor (a film costs 70baht, or one pound forty) and the lower level basement is home to some of the yummiest and cheapest food I found in Bangkok. I'm not usually a fan of shopping centres, but this one is FUN! (The London Underground themed toilets also gave me flashbacks...) 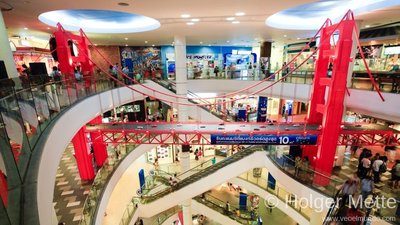 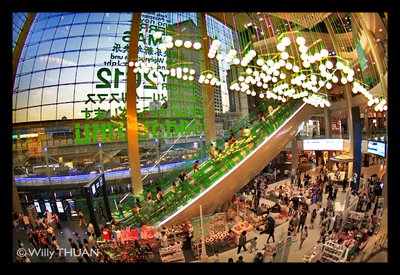 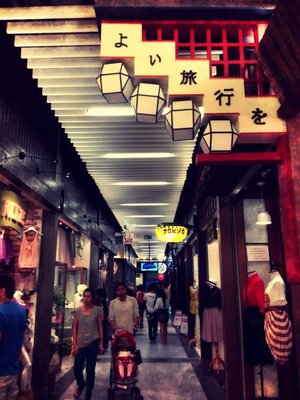 A nice surprise during my time in Bangkok was that Greg, an old friend from Suffolk was in town at the same time as me as he's now moved over to Thailand to teach English. Besides having some great nights out sampling all of the local foodie and liquid delicacies, we also put our music hats back on and decided to re-live our famed days in a band together by renting out a rehearsal room for a morning. Something you can do before you're 40, before it looks more like two friends attempting to cure for their mid-life crises.

Equipped with a drum kit, 2 guitars, a bass and some amps big enough to sink a ship, we blasted our way through 3 hours of tunes, and I blasted my way through 2 pairs of the flimsiest drumsticks I've ever used. Certainly a personal record.

I decided to sample Thai jazz, and after doing a bit of research into the best jazz spot in Bangkok, I headed to Saxophone Jazz Club, Victory Monument. I wasn't disappointed. I watched the 'Small Big Big Band'; consisting of all Thai jazz musicians, as well as a few special guests from abroad including one chap from Chicago. The sound was great, as was the atmosphere and food, and for me it certainly rivalled any of the jazz clubs I'd been to in New York. 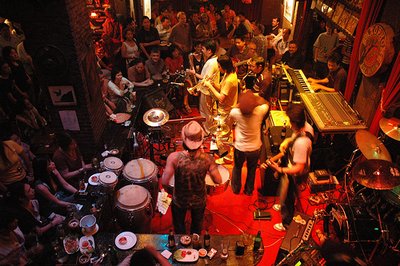 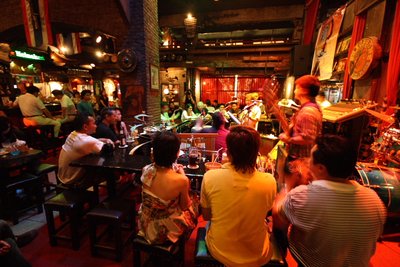 So that concluded my time in Thailand; a fantastic and diverse few weeks ranging from amazing serenity and going back into uni mode at the Buddhist monastery, to the electric bustle and heat of Bangkok.

Bangkok for me became one of my favourite cities I came across on my trip, not only because of the culture and food which I loved, but there is an energy which was like nothing I'd experienced anywhere else. (No, it doesn't beat NYC!). One thing which did hit me was the amazing youth culture in the city; which I think gave the city it's energetic backbone. This culture seems predominantly controlled by fashion and technology (You could bet on what trends the youngsters would be sporting, as well as what phone they had), and this was something I hadn't seen anywhere else.

Chinese Visa in hand ... next stop: Hong Kong and three weeks travelling up through China from Hong Kong to Beijing! A great finale to my trip.

Posted by tom_e_free 00:25 Archived in Thailand