As my short two hour flight from Bangkok pulled into Hong Kong’s famous, compact airport, the sun began to sink. My bus drove towards my base for the next four days and past seas of shipping containers, the famous and now lit-up skyline began to reveal itself. Hong Kong was one city I most looking forward to visiting on my trip, and it provided the start to a three week trip up into Mainland China and eventually my final destination, Beijing. 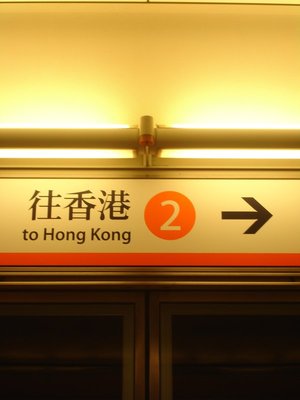 I eventually arrived at my hostel on the East side of Hong Kong Island, which was basically a set of apartments in a high rise tower, split up into dorm rooms. It was fine, but immediately alerted me to the price and scarcity of space in this hectic city. The energy of China also hit me; people and lights everywhere, but something I would eventually get used to over the next weeks. After grabbing some sushi and spending a few hours wondering the streets like a cat to get my bearings, I headed back to my shared box and hit the hay.

The next morning I set out on visiting the ‘Giant Buddha’, a giant 34m high bronze statue situated on top of a hill on nearby Lantau Island, and something I had looked forward to seeing before I began my trip. After a one hour ferry trip to the island and then a windy bus journey through the island, I eventually arrived at the site of Po Lin Monastery and the Giant Buddha. The towering Buddha was stunning, as well as the views from its lotus flower platform which could be accessed by the 268 steps to its sitting place. It was certainly worth the climb and the six month wait. 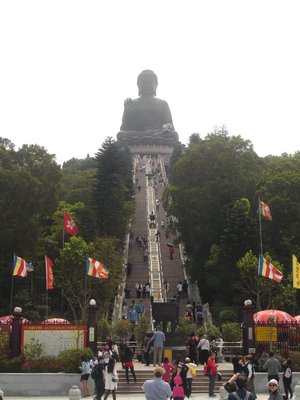 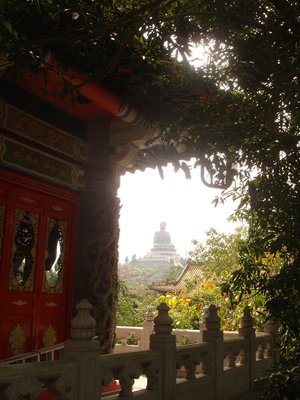 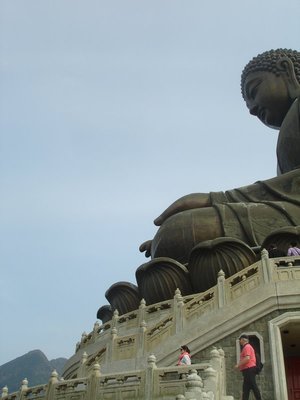 As I made my back towards the bustle of Hong Kong Island, the sun was again beginning to set, so I again wondered the streets as the night lights began to reveal themselves and light up the sky. I also got my fourth and final haircut of my trip. I chuckled to myself in the hairdressers chair as the Barber handed me a glossy mag from which to chose the haircut I wanted from an array of celebrities including Peter Andre and McFly. I eventually opted for a haircut based on one of the latter, and it worked out OK. 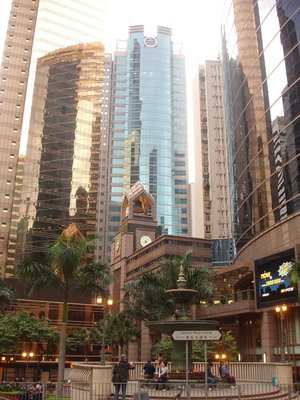 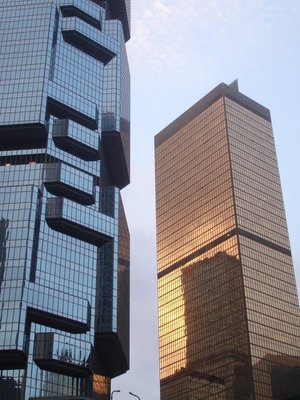 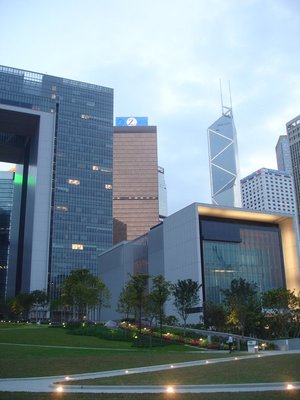 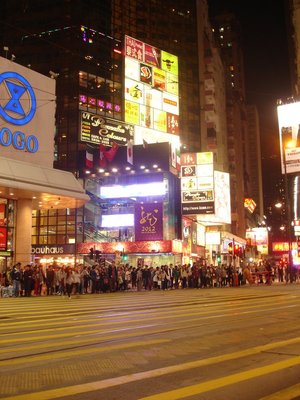 The following day, paired with my new haircut which had by now lost all sign of being cut and styled, I decided to make the most of the sun and explored The Hong Kong Gardens, Botanical Gardens (complete with lots of people doing Tai Chi) and the Hong Kong Gallery of Arts (great gallery with views of Hong Kong Island) on Kowloon Island; situated north of Hong Kong Island. Today also marked my final day in HK before I joined a group and began my tour into Mainland China. 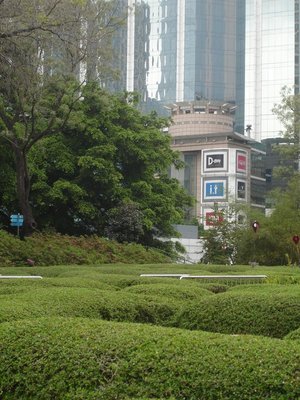 My final highlight in HK was heading up to Victoria Peak; a mountain on the East end of Hong Kong Island which offers stunning views from 552m over central and Kowloon areas of Hong Kong as well as far stretching mountains and seas. Being a Chinese holiday, I was warned of the influx of Chinese tourists to HK, so headed in early to catch the first tram up to the peak. It was deserted, so after making my way up the steep tramline along with a couple of other tourists, I was greeted with a quiet spot from which to observe Hong Kong waking and smogging up. By the time I was ready to head back down to the buzz, it appeared that half of China were coming up to get their fix. 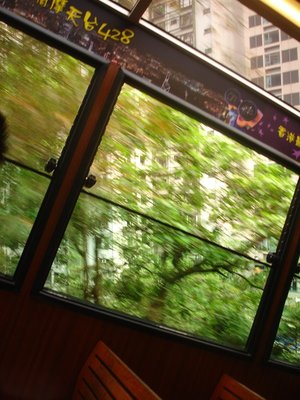 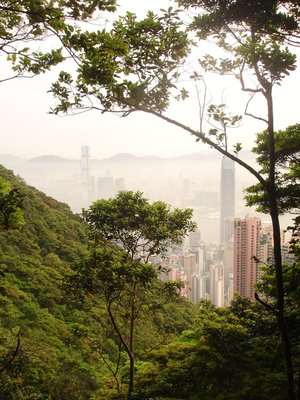 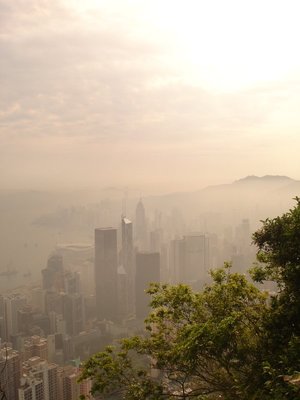 Even though only in HK for a few days, I fell in love with the place because of its immediate buzz and energy, all set beside beautiful parks and gardens which provided sometimes welcome escapes in which many aspects of Chinese life could be observed (Tai Chi and kids pooing on paths were most obvious). 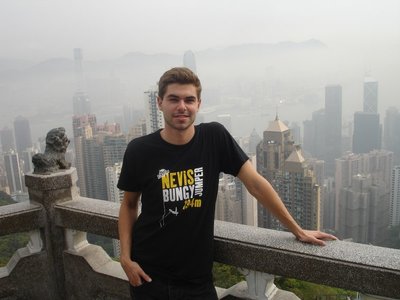 It was time to leave this completely electric, jam packed city, and head into the Chinese mainland. Things were going to get crazier.