Crimbo and New Years in Sydney

My short one-hour flight from Melbourne was welcomed into Sydney airport again with some pretty un-Australian weather; grey skies and a slight drizzle. This was not typical for the 'summer' season and contradicted what I had been warned for: scorching temperatures and a stark contrast to the Decembers I was used to back in the UK.

Upon arriving in Sydney, I was greeted by my host for my three week stay here; Lizzie, the wife of my cousin Ben who had moved and married over here a few years back. The back room in their Potts Point flat (an area close by to the infamous Kings Cross, known for its red light district and lively backpacker scene) soon became my den as I unpacked my bag and settled in; something I had become unfamilar with over the past two and a half months.

With Ben and Lizzie having full-on work and social lives, I found myself thrown in to Sydney life; spending a great amount of time with them during their days off and after work, trying out new restaurants, bars and exhibitions in town as well as picking up on a few local traditions including a surf lesson with Ben at Maroubra Beach, just south of Bondi. I anticipated myself to be about as good as a one-legged dog on a surf board, but after a few splashes and falls, I picked up a few of the basics and got the bug. With Sydney being surrounded by amazing beaches and bays all around the bustle, it was never difficult to escape it and grab some beach time (however the weather was usually the dampening factor). 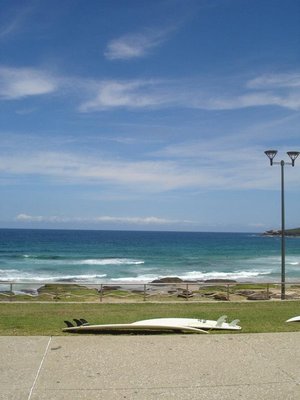 Sydney is certainly also a great city for food, as I ate some of the best sushi (Zushi) (flashpacking again, yaaaah) as well as tried a new style (to Sydney, anyway) of Vietnamese street cafe's where deliciously fresh food was eaten on the street sitting on little boxes (Misschu's).

Another Australian sporting outing came when I went to watch a new breed of cricket; The 'Big Bash' league which consisted of a twenty-twenty match (twenty overs or 120 balls bowled by each side), who consisted of newly developed teams from across the country comprising of various national stars of the game. Being twenty-twenty, the game only lasted three hours (too long for many, I'm sure) and was a great experience characterised by a lively crowd as well as blood and big hits on the field. 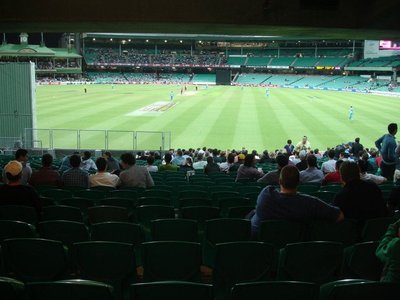 Like Melbourne, I also spent some time in some of Sydney's galleries during the more British days when untypical cloud and rain appeared. In particular, was the Brett Whitely Gallery, a warehouse and loft in the Surry Hills area of town which had been transformed into a gallery displaying his work, as well as a preserved loft where this Australian artist lived and worked. Not only was most of his work astonishing, but the preserved loft presented interviews and insight into this artists life; characterised by mental illness and drug abuse.
A further highlight came from a visit to The Australian Museum who were hosting the 'Wildlife Photographer of the year' exhibition, which displayed some of the most beautiful photographs I had ever seen, and is definitely worth a check-out online.

I was also fortunate enough to have a few friends in Sydney the time as me, including Ben; a fellow member of the Notts Big Band and Matt, who i'd met in America.
Ben had become a partial Sydneysider after living and studying here for six months, and after an afternoon of drinking and eating ice-cream bromantically in the harbour, we decided to hit the harbour waters in a small sailing boat the following day; Christmas Eve. This was certainly a highlight to my time in Sydney; being in the water with the Opera House and Harbour Bridge in the back ground, as well as brushing up on my rusty sailing techniques. Besides, I also still have the blisters to prove it.

Being in Sydney for Christmas and New Year also provided several highlights to the trip. Having family in Sydney meant that Christmas was spent at Lizzie's parents house just out of town, where the usual festivities of drinking and eating plenty ensued (As Ben is a chef, a hearty treat was cooked up), as well as some more unusual ones including a Christmas Day swim and an awesome Boxing Day outing along the south coast on Lizzie's dad's Harley Davidson. 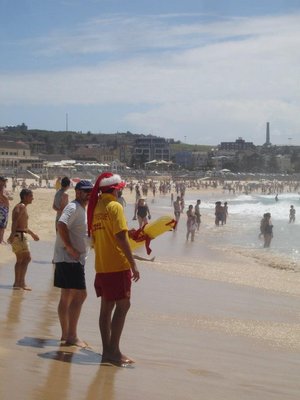 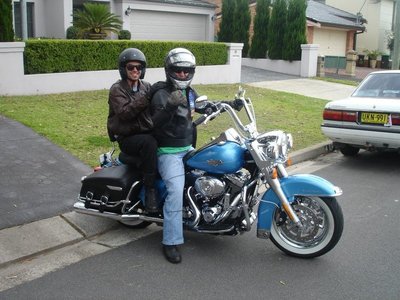 New Years Eve was also a real delight, as we headed to a house party at the top of a flat in one of the highest points in Sydney to watch the fireworks. We were treated to two sets of fireworks at 9 and the main show at midnight, it certainly did not dissapoint and was unlike any other firework display I had ever seen. Ten minutes of multi-coloured treats spread across five sites around the harbour provided an exhilarating entry to 2012, and one which has to be experienced. With the New Year hangovers however, came a welcome heatwave, which resulted in New Years Day at the sea as well as a relaxing BBQ at the beach (something Aussies do pretty well, and again something I couldn't see in the UK!). 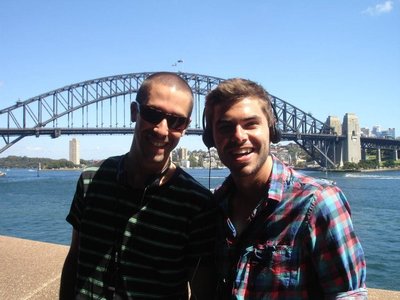 Overall, my three weeks in Sydney went in a flash (insert fire-work joke here?), which was made by the family and friends here, who allowed me to jump into Sydney life and get a full flavor of this energetic and fast-paced city. I could definitely feel the different city dynamic to Melbourne, and preferred it for this, as a city which offered vast and beautiful parks and Botanical Gardens as well as stunning sandy beaches and bays where the bustle could be escaped from. 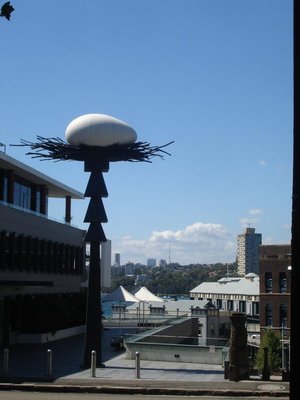 The city sand provided a little taster for what was to follow; a month heading up the eastern coast to Cairns in the north. Following last years lashings of rain and cyclones, I just hoped the heatwave I left in Sydney would continue... THE END 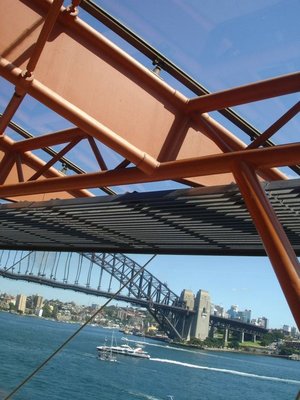 1. Eating - Great markets, fresh street food and of course Kangeroo pizza
2. Sydney sports - cricket if you have the stamina, otherwise get out on the water by surf board or boat (lots of nice ferry trips to Manly, Watson's Bay and Mosman Bay, which were highlights)
3. Going out - 'World Bar' in 'The Cross' for lethal teapots, or The Golden Sheaf in Edgecliff for vast rooftop bars and fistycuffs
4. The Opera House - Just stand by it or go for a tour which I'd recommend if you want to learn facts about how many tiles are on it.
5. The Rocks - Home to Kangeroo Pizza and some of the best views if the Harbour and Opera House